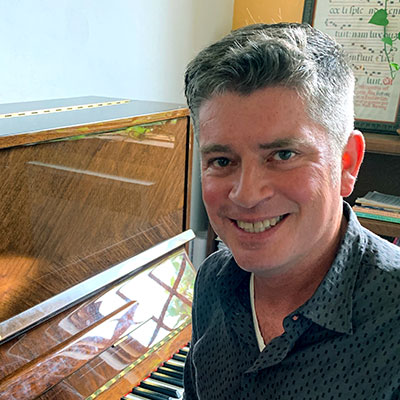 Paul Brady studied piano at Western Oregon University under the tutelage of Dr. Diane Baxter. After earning a bachelor’s degree in music, Paul traveled abroad, studied flamenco and bossa nova, and eventually settled down in Portland, where he opened a restaurant, played in a few bands, and taught piano to a handful of students. Paul moved to Astoria in 2012 to be with his partner Jesse and began teaching piano at the conservatory the following year.

Paul earned his bachelor’s degree in music with an emphasis in piano performance from Western Oregon University in 1994.